As the platform of the rectorates, Universities Austria coordinates their exchange of views on relevant questions of research, art, teaching and governance and advocates the autonomous development of the universities and assuring the quality of their performance.

Universities Austria issues statements, opinions and publications in its mission as the voice of public universities in Austria. Since our working language is German, please visit our German site for more information.

Against Attacks on Science

Solidarity with threatened students and researchers

The Rectors' Conferences in Austria, Germany and the Netherlands warn against cutting funding for education, research and innovation in the EU financial framework. This would set the wrong course for Europe.

The undersigning National Rectors’ Conferences regret that, in the Council’s conclusions of 21 July 2020 on the European budget for the next seven years, higher education, research and innovation are for the first time in decline compared to the current period, far from the ambitions of European resilience and sovereignty, which depend on a growing investment in education, research and innovation.

Solidarity with the Budapest University of Theatre and Film Arts (SZFE): The Rectors’ Conferences of the Czech Republic (CRC), Germany (HRK), Poland (KRASP), Slovenia (RKRS) and Austria (uniko, FHK) are seriously concerned about the threat to university autonomy.

Feedback on the EUA proposal “The Future of the EHEA: Continuation of the Bologna Process beyond 2020”, 6 May 2019 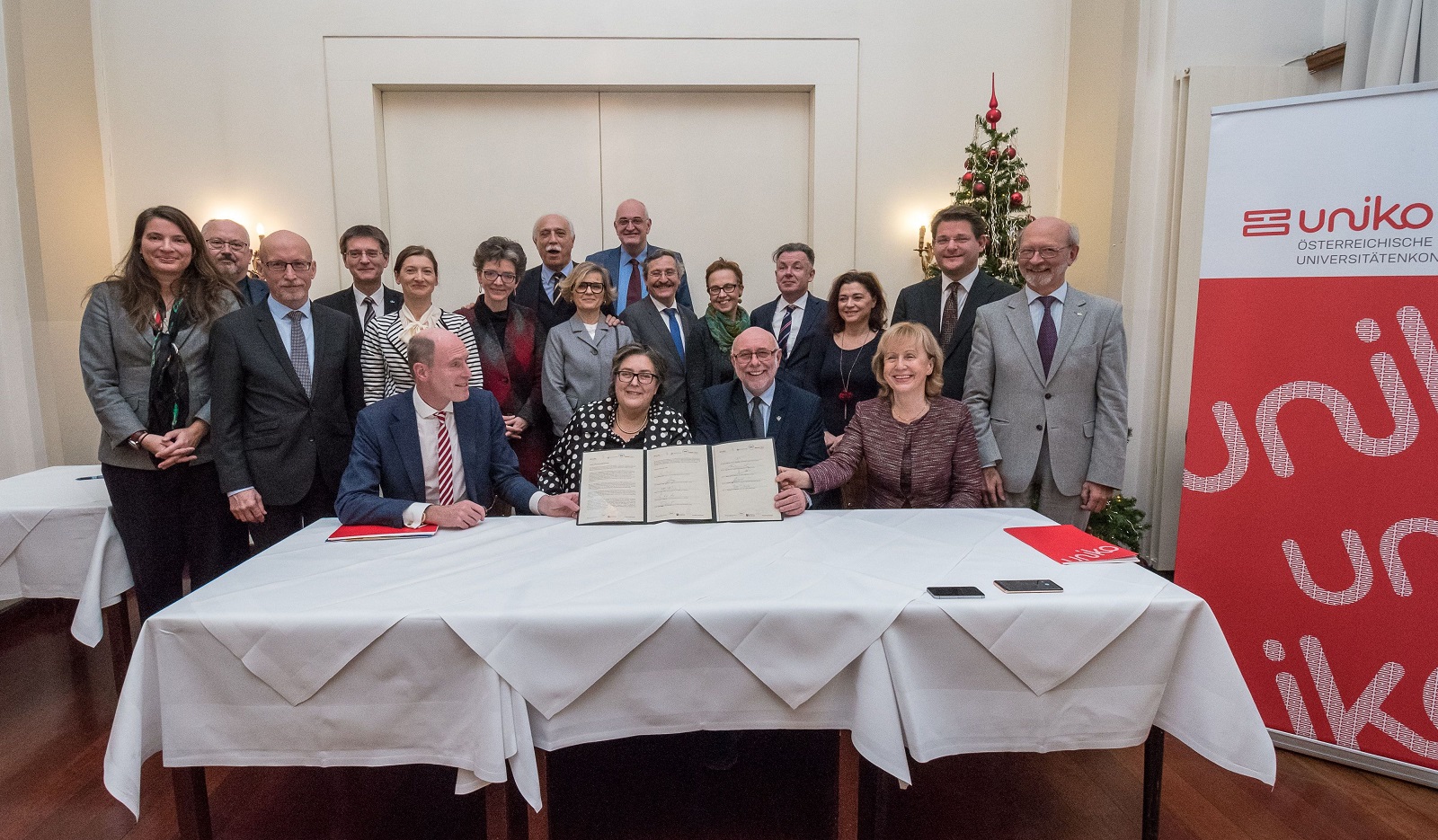 In December 2018, representatives of the Rectors’ Conferences of Austria, Croatia, the Czech Republic, Germany, Italy, Poland, Serbia, Slovakia, Slovenia, and Switzerland, met in Vienna in order to discuss what role universities should play in today’s societies.

They expressed their strong belief in the fundamental values of higher education: academic freedom and integrity of research and teaching, institutional autonomy, the meaningful participation of students and faculty in higher education governance, and public responsibility for higher education are key elements for its functioning and development. At the same time, they expressed their concern at movements on the rise in Europe and beyond that threaten the democratic character of our institutions and societies.

Please find the full text below.

On the Future of the Bologna Process, March 2018